This commercial has an interesting story.

The client contacted Gauss Productions to develop a TV / Internet commercial, but with two conditions: it will be about an app that help drivers find car services in the city, and the characters must be watching football. That’s it.

With those two conditions, during pre-production our director focused on creating a storyboard with those demands in mind, shaping the story, the characters, the locations and the mood of the ad. We presented them to the client, and they absolutely loved it.

The production took two days, the first was focused on the group scenes in the apartment, the race to the car, and the final scene in the car wash.
The second day we focused on the car shots in the streets, the driver actions and expressions.

Post-production was quite extensive because we needed to fix a lot of details, for example: removing the logo from the car in all the scenes, in the hood, the wheels and the back door. Changing all the license plates, because the ad takes place in a completely different country from where it was shot, so cars have a different plate design. We also fixed the street lights because they had some faulty LED bulbs, and we added a street sign just below the street light, to give a legal context for the driver to make a hard turn on a red light. We also mixed two shots into one, created a fake camera blur, rotoscoping, masks, motion tracking, 3D logos, 3D smartphone, animated screens, 2D motion graphic animations, and color correction.

In the end, it was a marvelous project, with amazing actors and the right amount of freedom to create a final product that accomplished it’s mission. 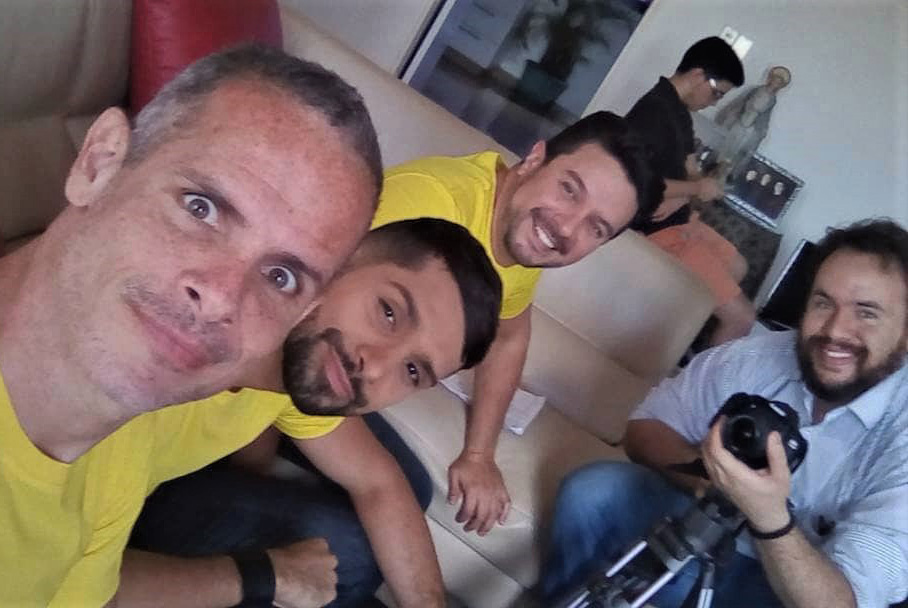